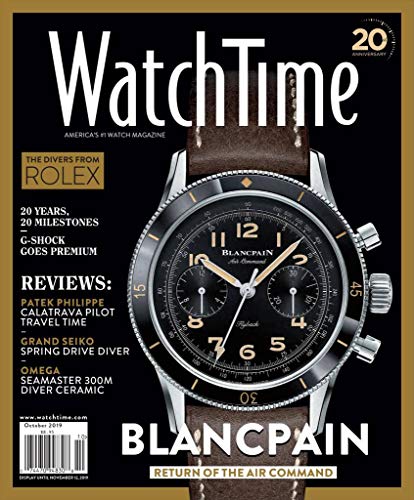 WatchTime is America’s no. 1 luxury watch magazine and one of the best-selling watch magazines worldwide. More than 500,000 affluent aficionados read WatchTime’s products every month. Watchtime.com has more social media fans and followers than all its competitors combined. WatchTime magazine sells more copies on U.S. newsstands than all competitors combined. It also is the world’s only watch magazine with dedicated digital editions for every major tablet platform. In addition, WatchTime hosts America’s most popular watch collector event series, ‘Inside Basel.Geneva’, with several elegant shows in luxury hotels throughout the USA.

Launched in 1999 and based in New York City, WatchTime is a subsidiary of Germany’s Ebner Group, one of Europe’s largest family-owned special-interest media companies. Ebner has been operating continuously for 200 years as a privately held company and today publishes more than 80 magazines as well as 30 websites. WatchTime and its sister magazines are available in North America, South America, Europe, Middle East, India and Asia. WatchTime’s outstanding journalism and its high digital growth rate have been honored with several global awards and nominations.