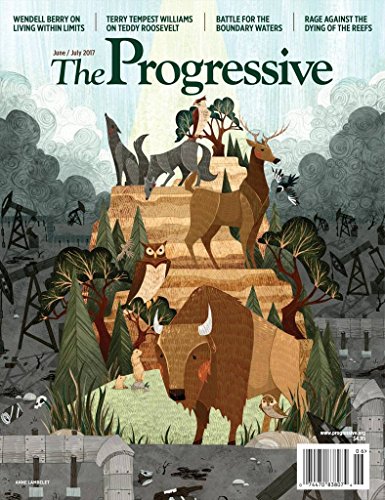 The Progressive is a left-wing, monthly magazine that tears off the corporate masks and pushes past the doors marked “Private” to reveal to you who controls the real levers of power. For over 100 years, this courageous periodical has been the place where our nation’s most progressive thinkers have gathered to open your eyes to who is really profiting from war, manipulating stocks, controlling Congress, and pulling strings. These days, The Progressive features the writings of the great environmentalists Wendell Berry and Terry Tempest Williams, Latin American essayist Eduardo Galeano, sportswriter Dave Zirin, populist Jim Hightower, and The Progressive’s own Ruth Conniff. In each kindle edition, you’ll get investigative journalism covering topics like the FBI’s alliance with more than 30,000 businessmen (it’s called InfraGard) . . . the Pentagon’s plans to put U.S. troops from its Northern Command on our streets . . . the companies that are profiting from the sadistic stun devices they sell to police departments. Plus, you’ll meet the activists who are fighting the good fight . . . You’ll get interviews with the likes of Amy Goodman, Naomi Klein, W.S. Merwin, and Oliver Stone . . . and political humor from Will Durst and Kate Clinton. So put The Progressive on your Kindle today!