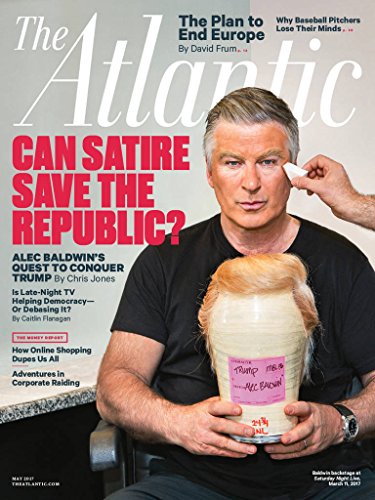 For more than 150 years, The Atlantic has been the premier magazine for coverage and analysis of current events, international affairs, and culture. A great deal has changed since Ralph Waldo Emerson, Oliver Wendell Holmes, Henry Wadsworth Longfellow, James Russell Lowell, and Harriet Beecher Stowe planned the first issue in 1857. But since its inception, The Atlantic has given voice to some of the most provocative ideas of its time, from Henry David Thoreau’s blunt naturalism to Martin Luther King’s calls for justice. Today, The Atlantic’s readership numbers 1.5 million, and the magazine maintains an unwavering commitment to publishing authors whose ideas help move society forward. The Plastic Logic digital edition of The Atlantic contains most articles and some images found in the print edition. For your convenience, issues are auto-delivered wirelessly to your reading device at the same time subscribers receive paper versions in their mailboxes.

The Kindle Edition of The Atlantic contains most articles found in the print edition, but will not include all images. For your convenience, issues are auto-delivered wirelessly to your Kindle at the same time the print edition hits the newsstand.