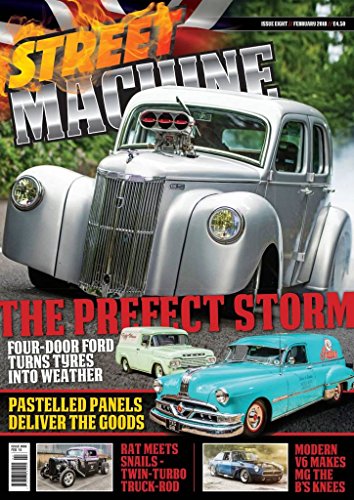 Hello, and welcome to Street Machine, the oldest new motoring title on the shelves. If you’re ‘of an age’, you’ll remember Street Machine hollering from the newsstands every month, giving good taste a pasting and shaping the automotive future of a generation
of petrol heads. Motoring was fun the custom scene was bouncing, and no magazine has ever been so sorely missed.

Those petrol heads are now, most likely, heading well into middle-age territory, and seeking a nostalgic look back at the scene they grew up with. They’ll also most likely have kids of their own, kids who need steering away from the Athena poster supercars and homogenised hatchbacks of the mainstream magazines and into a place where imagination and creativity run riot – the pages of Street Machine.