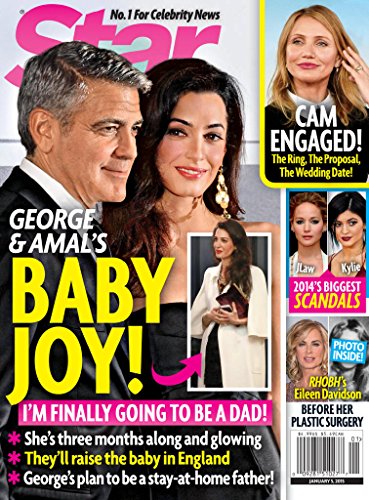 This is a weekly news magazine featuring an inside look at celebrity news and lifestyles. Every week, in addition to feature articles, it includes horoscopes, puzzles, advice and the latest in celebrity fashions.Star magazine is one of the top publications for celebrity news. Originally launched in the 1970s as a celebrity gossip magazine, it changed over the years to include information on health and beauty. The magazine switched from newsprint to glossy pages in the 1990s, and today, the magazine focuses on the private and public lives of celebrities.

Every issue of Star magazine contains a few exclusive stories submitted by insiders close to celebrities, and many of those stories later appear in major newspapers. Star magazine also publishes exclusive interviews with some celebrities, usually before an actor’s new film lands in theaters or before a musician releases a new album. Celebrities also pick their favorite products for a special section in the magazine that details the hottest clubs, restaurants, and beauty products.

The magazine added a health and beauty section in the 2000s, giving you the chance to see how you can do your hair or nails like your favorite actress. Reporters go straight to the source, asking celebrity hairdressers and beauticians for tips on recreating red carpet looks. Star magazine also runs budget-friendly options that give you cheaper ways to recreate those looks, and every issue includes information on the newest and hottest films, books, and television shows, with gossip on those upcoming releases.

Subscribing to Star magazine helps you stay connected to the top gossip and find more information about the beauty products used by those stars.