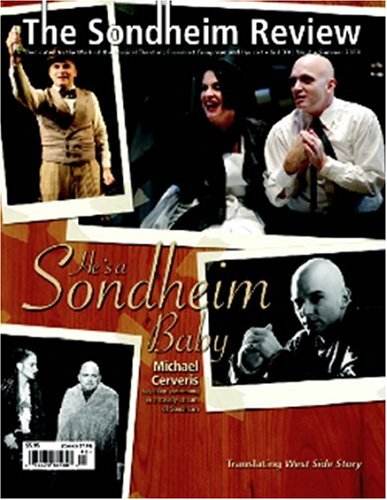 Dedicated to the work of broadway’s foremost composer and lyricist, Stephen Sondheim. Includes photos and articles on new shows and revivals, interviews, parodies, score analysis, letters, puzzles, upcoming production schedules, and more.Since 1994, The Sondheim Review has provided a quarterly examination of Stephen Sondheim, Broadway’s most important composer of the second half of the 20th century. A typical glossy issue offers reviews of Broadway, regional, and international productions of his shows (including those for which he only wrote lyrics, such as West Side Story and Gypsy), retrospectives of previous productions, interviews with artists, articles on themes in his work, one or two CD reviews, a crossword puzzle, a full-page listing of productions around the country, and black-and-white photos. Sondheim’s work is so rich and rewarding that there’s plenty to fill each 36-page issue. It’s hard to imagine Andrew Lloyd Webber justifying such a treatment. –David Horiuchi