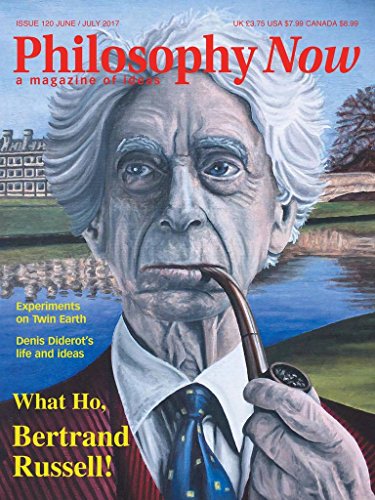 Philosophy Now is a lively magazine for everyone interested in ideas.

It isn’t afraid to tackle all the major questions of life, the universe and everything. Published every two months, it corrupts innocent citizens by convincing them that philosophy can be exciting, worthwhile and comprehensible, and also provides some enjoyable reading matter for those already ensnared by the muse, such as philosophy students and teachers.

Philosophy Now contains articles and features on all aspects of philosophy, as well as book reviews, film reviews, news, interviews, cartoons, and the occasional short story.

It attracts contributions by well-known philosophers such as Mary Midgley, and regular columnists Prof. Raymond Tallis (“Tallis in Wonderland”) and Prof. Peter Adamson (“Philosophy Then”). Launched in 1991, Philosophy Now has grown into the most widely-read philosophy periodical in the English language. In 2016 it was given the Bertrand Russell Society’s Award for “ably following in the Russellian tradition of encouraging philosophical inquiry in a popular manner.”

Philosophy Now is independent of all groups and has no intentional editorial bias except for a passionate conviction that philosophy is a Good Thing. Issues are delivered automatically to your Kindle every two months.