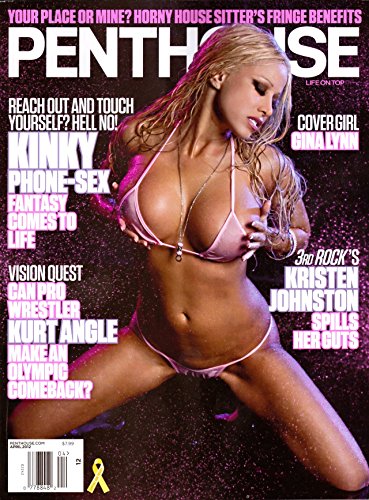 Be among the first to see the incredible changes we’ve made to Penthouse. We’re more colorful and vibrant than ever and pulsate with excitement. We are the world’s premier Men’s lifestyle magazine featuring exclusive interviews, sports, cars, audio, video, men’s fashions, politics and some of the best writing anywhere! Plus pictorials of the most beautiful women in the world.Penthouse magazine has entertained and delighted men since 1965 with its pictures of beautiful, scantily-clad (if at all) women and hot sex articles. In the 1990s, it went through a change to a harder-core format, but since 2005 has come back to its roots of soft-core pornography and erotica.

Penthouse magazine is not all about sex, though. Men will also find technology and fashion well-covered throughout each month’s issue. Buying guides help you find the best electronics, toys, and man-themed gifts. Full Frontal, a monthly featured column, covers entertainment including gaming, movies, and DVDs. Other male indulgences like great scotch or premium cigars are frequent topics of discussion, as are hunting, fast cars, and sports.

Ultimately, Penthouse magazine is designed for men who aren’t afraid to be men. Now that the magazine has come back to the great soft-core sex content that has always been its strength, it’s time to take another look.