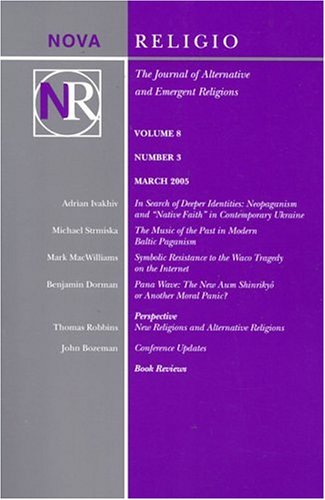 Published four times a year, Nova Religio: The Journal of Alternative and Emergent Religions presents comprehensive interpretations and examinations of alternative religious movements. Original research, literature reviews, and conference updates keep religious studies scholars, sociologists, anthropologists, and historians up to date and well-informed on a wide range of topics, including:

Nova Religio presents scholarly examinations and interpretations of alternative and new religious movements. The journal contributes to understanding unconventional religions in their particularities and in relation to the larger social contexts in which they are situated. Nova Religio is interdisciplinary and cross-cultural in scope.