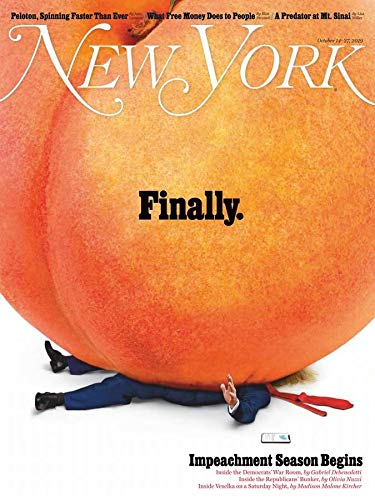 This magazine is edited for those interested in critical examination of news, style, contemporary ideas and trends. It regularly deals with politics, business, literature, the fine arts, entertainment, home furnishings, food, wine and fashion.

Who Reads New York Magazine?
New York is eagerly awaited each week by readers seeking the energy and excitement of the city itself in a magazine with smart writing, beautiful photography and sophisticated design. New York‘s audience of more than 1.7 million readers each week reaches far beyond its namesake city. Readers come to the magazine for the latest news and social trends, to explore the city’s cultural happenings, and for a navigational tool for all aspects of city life.

Magazine Layout:
New York’s visuals—its stunning photography, ingenious infographics and illustration, and a design that manages to be both fresh and familiar—are equal partners with its words. The magazine insists that it is possible to be brainy and beautiful, serious and playful, at the same time.