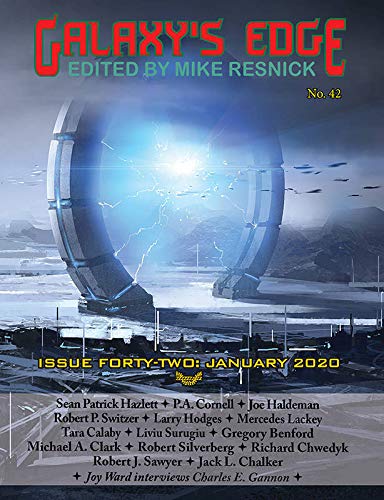 Galaxy’s Edge is a bi-monthly science fiction and fantasy magazine published by Phoenix Pick and edited by Mike Resnick (winner of five Hugo awards from a record 37 nominations).

Each issue has between 10 to 12 fiction stories, non-fiction articles, book reviews, an interview with a prominent personality and the serialization of a book or other longer work.