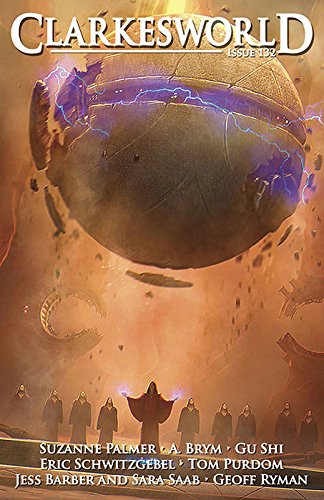 In only nine years, Clarkesworld has established itself as one of the leading science fiction and fantasy magazines. During that time, they’ve won three Hugo Awards (2010, 2011 and 2013), one World Fantasy Award (2014), and their fiction has been nominated for or won the Hugo, Nebula, World Fantasy, Sturgeon, Locus, Shirley Jackson, Ditmar, WSFA Small Press, and Stoker Awards.

The Kindle edition of Clarkesworld Magazine includes all text and art used in our other editions. The digital subscription consists of monthly issues delivered to your Kindle on the first of each month.